But what exactly makes games so addictive? After all, these are just a few characters running around on the screen, right? Wrong.

Ever thought, why do we play so many games? We want entertainment. We are bored or want to divert our attention to something lite. Games are a perfect way to do that.

But what exactly makes games so addictive? After all, these are just a few characters running around on the screen, right? Wrong.

It is important to understand how games work and the sense behind them that makes them so alluring for people to play. When we are playing games, we are playing the story of someone who faced a tragedy.

Experts call it the storyline of the game. It should be interesting, and it needs to have some hook that keeps the users engaged.

Let’s see what these essential features of games make them so popular among users.

An interesting storyline is important for any game that wants to sell well. Take Call of Duty offers warfare scenarios playing with users’ emotions. Take GTA; it is about a guy in the US that wants to become the king of the area. Take Angry Birds is about a fight between pigs and birds.

There is going to be a storyline for every game that you plan. The game makers create game stories because that is the only way their games can sell well. One of the most prominent games that succeeded because of their storylines is the Assassin’s Creed gaming series.

So, these are just some of the games that have interesting storylines.

The next most important thing that makes games engaging is the element of challenge. How many challenges are available in the game? People are always looking to find games that push them to the edge. How is that possible? When they take on continuous challenges, they succeed in some of them.

So, the middle point is continuous challenges that only a few can complete on the first try.

Think about Flappy Birds. The game was ADDICTIVE! Yet, people were not able to score high. Why? Because it had that element we just discussed earlier. It appealed to the masses but gave a chance to only a few.

Similarly, Totem Volcano is another game on the Unlimited Gamez mo website that offers continuous challenges. If you fail to complete them, you fall into the volcano.

One thing you should always keep in mind when playing games is REWARDS. People want rewards when they succeed in completing a challenge, and if the game doesn’t offer them rewards, they won’t feel accomplished.

We discussed games earlier. Most of these games have a screen after a mission is completed that shows users that they have earned respect, money, and many other benefits.

So, the element that makes the game engaging is the useful rewards that people can win at the end of each game. It can be a weapon, it can be a better skin, it can be rocket boosters, or it can be tokens that they can use to buy more products. Think of each mission as a job that they complete and earn money for it.

The point of rewards is to make the game motivating for the user. The game’s purpose is not just to win it but to keep continuously playing it.

Many games that we play today are simulations without goals and challenges or connectivity with real life. These can get boring for many, and they will eventually lose hope in the games. That’s why gamers must create elements of connectivity. Things that are surreal yet connect with real life.

For example, SimCity is a game that many play because of the real-life scenarios it offers. It is addictive. But some parts of the games are plain boring where people use public transportation to get to offices.

This is usually not the case in the US today, where many households either use their own cars or commute with Uber or Lyft. Similarly, people’s decisions don’t have a timer attached to them. This is wrong because real-world scenarios have only a few seconds to decide.

See Also  Can I tell if a slot games title is going to pay?

Similarly, in some games, bullets don’t do much damage. That is wrong. CS 1.6 and CS GO are two games where bullet damages are real, and a single sniper shot can take a person out. That makes the game interesting for everyone.

What is the goal of the game? Let’s take Mario and Luigi’s adventures. The game is about saving the Princess from King Koopa, who has kidnapped her.

This is a clear goal, and the objectives are in front of the player. They must move past obstacles on a clearly defined path (map) and follow the clues leading to King Koopa.

When they get to King Koopa, they battle him and then save the Princess.

This clear goal is necessary for games to succeed. These goals make people know that they have an objective to accomplish and an end to all this.

If the character you are playing starts doing strange things that you have not commanded to do, will you play the game? Nope!

See Also  What You Need To Know About Sudoku

Moreover, your actions should be instant. This is only possible when the FPS of the game is low, and the graphics don’t limit the movements of the player.

What are the punishments available in the game? Like rewards, there should also be punishments if you break the law or go against the game design.

Think about an open-world game like GTA. If you take the law into your own hands, the police will be after you. They will keep chasing you until they have neutralized the threat. And then you will end up in jail, and you will lose all your money.

This is interesting because it keeps the players in check and gives them a sense of monitoring. They can’t go on a rampage because games also have rules that need to be followed.

Another thing that makes games more engaging is the constant feedback you get from non-players or computer-controlled players.

When people in the game tell you their stories or talk to you about different things, this means they are trying to interact with you.

There are many games where the non-players have their own stories and side missions to complete.

These are some of the essential features that make games engaging. Most of the popular games we play today have some or all of these features available. 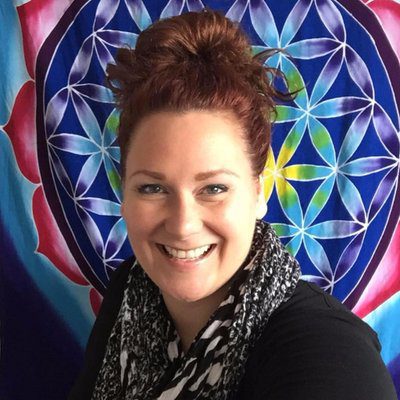 Michelle Joe is a blogger by choice. She loves to discover the world around her. She likes to share her discoveries, experiences and express herself through her blogs. You can find her on Twitter

The bizarre cancellation of a friendly between Iraq and Costa Rica

Tips to Remember During Cricket Betting