Are you interested in getting the most out of your gaming setup? Do you want to participate in 1080p gaming without any setbacks?

Well, for that you will need an appropriate GPU to accommodate your gameplay. To find the best GPU for 1080p gaming, all you will need to do is read this article.

We will cover everything you need to know about the best GPU that supports 1080p gaming. As well as provide some plausible alternatives to accommodate different budgets and goals.

So whenever you’re ready to take your gaming experience to the next level, keep reading.

Your best bet for 1080p PC gaming is the Nvidia GeForce GTX 1660 Super. Swapping out the regular 1660’s GDDR5 memory for GDDR6 provides a very noticeable boost in performance, while the design accommodate a quiet and cool experience.

Not to mention, there’s no premium on price and the GPU starts at $230. The memory upgrade provides the Super with almost 15% more performance on some games. The GPU will not have any trouble holding 60 fps in most of the AAA games even when you tax up the settings.

With plenty of headroom for performance left, you will be able to play games soon to come from the future. In games with advanced options, specifically made to stress your equipment, such as Metro Exodus, you will need to drop the settings a tad bit lower.

But in most cases, this is unnecessary and you will experience a sustainable and playable experience on the highest settings in most games.

Nvidia also supports FreeSync by AMD, albeit confusingly, you can still use this GPU with FreeSync monitors. Thus, achieving stutter-free and tear-free adaptive sync gameplay.

While the prior is the best GPU for 1080p gaming on a broader scale, it’s not the only option.

For instance, the EVGA GeForce RTX 2060 KO has made some interesting changes to accommodate ray tracing at a price point that’s under $300. If you want even better performance or want to max our RTX options, consider the regular RTX 2060.

It’s more of a 1440p GPU, but it’s still worth considering if you already have a high-refresh state monitor and want to make use of the Hz capacity. These graphic cards come with a $350 price tag, but Nvidia dropped their Founder’s Edition price, so it’s a steal.

The dedicated tensor and RT cores allow you to experience real-time RTX capacity in games, albeit performance will be undermined due to the new technology. RTX is very intense and does hit your FPS limits quite strongly.

The RTX 2060 is the lowest-tier model of the RTX Nvidia cards, so it’s still impressive to see playable power-efficient gameplay. These cards are available in most Lenovo laptops, which makes them among the best for budget gamers because of their great sales.

Their Legion laptop series has impeccable G-sync IPS 144hz screens, Dolby surround sound speakers, powerful CPUs, all kinds of ports, great airflow, and much more. In some cases, a laptop is a greater gaming option for some people, so don’t dismiss it.

Another option at a similar price point is the Radeon RX 5600 XT with few, practically none – visual compromises.

The AMD Radeon RX 5600 XT provides impeccable 1080p gaming, outliving the GTX 1660 Ti due to the BIOS updates. Albeit, the need to upgrade and install manually removes some of the shine from the car while reducing the price significantly.

The card is after than the similarly-priced GTX 1660 Ti, and it can go head-to-head with the more expensive RTX 2060, but not always.

Final power and speed upgrades unlocked by the card, which are not available in custom GPUs, mean that some XT GPUs are significantly faster than others.

AMD lets their GPU partners make last-second BIOS updates that enhance the clock speeds, power draw, and memory speeds of the cards. The updated VBIOS results in 10% increased performance, mostly due to the memory bump from 12 Gbps to 14.

But not every custom card will get this update, and some of those that do won’t get the memory upgrade either. Since it was a last-minute change, most of the XT cards on the shelves in your stores are probably of the older VBIOS rendition.

It’s convoluted, so if you don’t want to deal with the confusion, get a GeForce GPU or a Sapphire Pulse Radeon RX 5600 XT. That’s because the latter is most certainly upgraded to the latest VBIOS version.

Even with greater speeds, it remains quiet while gaming. Even better, Sapphire has this VBIOS on all of their North American stock. The premium for this costs a mere $10.

This package makes it significantly more compelling than any other rivaling versions of the same card.

If you’re willing to let go of max settings in your games, you can participate in 1080p gaming for significantly less with a GeForce GTX 1650 Super or a regular Radeon RX 5500 XT.

The 1650 Super is the best budget card that you can buy for 1080p, and the custom ROG Strix model from Asus has a variety of great additional features for slightly more.

Both of the cards have 4GB of GDDR6 memory, allowing you to achieve satisfying medium/high graphics performance in most of the games. The 1650 Super is advised for most people, because the GPU is flat-out faster than the RX 5500 XT in some games, and it costs a bit less.

AMD does bundle their cards with free copies of games, such as Ghost Recon: Breakpoint and RE3 Remake. However, that’s not all, they also provide three months of Xbox Game Pass for free, which comes with 100+ games.

All of this does scale well together in the favor of the 10$ more expensive card.

Also, don’t confuse the GTX 1650 Super with the regular GTX 1650. The non-super rendition is quite slow and is not worth the money. Some of the models can be powered by a PCIe slot in your motherboard, so if you don’t have additional power connectors, then you can go for the non-SUPER 1650.

However, also consider getting GeForce Now, which is a cloud gaming service that makes use of broadband internet. You can most certainly play gams faster than your GTX 1650, and with higher settings enabled.

Make sure to use wired ethernet to optimize your gameplay and reduce latency.

Another option is the Sapphire Nitro Plus Radeon RX 590 Special Edition. This is the last-gen 500-series GPU that’s still available, even though it has been replaced by the prior-mentioned 5500 XT.

Nonetheless, these cards remain a great option for budget-sensitive gamers. None of these old cards come with free games though.

This 4GB card can be found for about $120, and it’s significantly faster than the non-super GTX 1650 as long as you have extra power connectors. It’s a great option for medium setting gameplay in most of the games.

The Radeon RX 580 can be found for a bit more, usually at the same price as the Radeon RX 5500 XT. The older GPU comes with twice as much memory at 8GB, though it is of the slower GDDR5 memory. 4GB models are also available.

The Radeon RX 580 is equal to the newer cards in performance, and in some cases, actually outperforms them. All of this comes with drastically higher power consumption though.

The 8GB RX 590 is even faster, also more power-drawing, but it can be found for about $10-20 more. Both of these cards are great for high-setting gameplay in most of the games, but you might need to bump some of the settings down in stressing titles, and it’s going to be hard to max out modern games.

Your Choice, Your Gameplay

Now that you have discovered the best GPU for 1080p gaming, you are well on your way to begin your immersive and satisfying gaming journey. In any case, you already know that what you pay for is what you get.

It’s your choice and the GPU that you select will determine how your games will perform. Anyhow, nowadays technology is so advanced, you can play the most modern AAA games on high settings at very reasonable part prices.

You no longer have to spend thousands of dollars just to play Minecraft at 100 fps. You can do that now with a phone, and if you build a computer at the same price, you’ll be able to play anything at varying frame rates.

If you’d like to learn more about technology, check out some of the recommended articles on the sidebar or below. 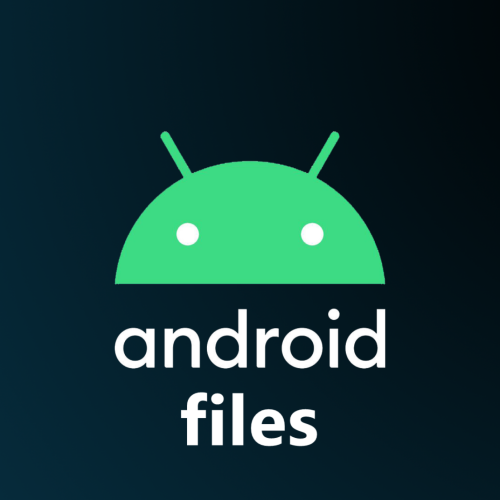 Android Fileshttps://www.inarguide.com
I will provide you with all the latest Android Firmware File free for download

How To Flash Firmware

How to flash and install firmware file on ZTE smartphone

How to Know and Flash All Android Smartphones

How to Unbrick and Flash Huawei Firmware Update

How to Flash Motorola Firmware and Updates

How to flash Xiaomi Mi and Redmi Smartphone Firmware

How To Learn Artificial Intelligence?

How Using a Data Recovery Service Can Benefit You

Everything you need to know about HPC cloud computing