The Beginner’s Guide to PC Gaming

PC gaming is the new trending hobby among millennials. Especially with the current pandemic situation, people have switched to hardcore PC gaming to kill that extra time. If you, too, are one of those who want to enter the thrilling world of PC gaming, you are definitely in the right place.

We have come up with the perfect beginner’s guide to PC gaming in addition to some  Battlelog Hacks and Cheats. So without further ado, let’s dive into the guide.

Get your essentials ready.

You will need a good flatscreen monitor—for instance, at least a 27 inch Full HD display at 120hz. PC gaming is excellent with just mouse and keyboard control. But to make things more interesting, you can also buy a joypad for action games.

Invest in the right accessories 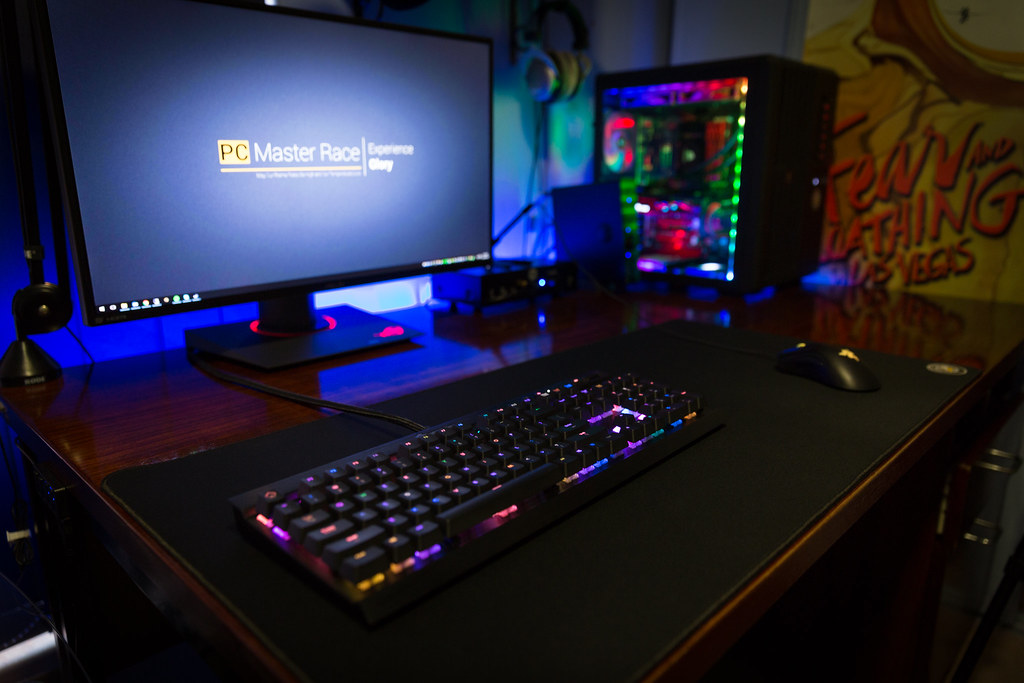 After spending some good bucks on CPU machines and displays, you should match those with superior quality accessories. You cannot keep playing with the same ordinary mouse if you want to have a full-blown experience. It is highly recommended that you invest in a good quality mouse, keyboard, and headset with unique features.

See also  How to Choose the Best AC Installer

They say you are not a PC gamer until you have downloaded Steam on your PC. It is an online gaming platform known for its wide variety of games in the gaming community.

It is known to have the most extensive library where one can find most of the PC games. You don’t have to go to the stores and purchase those DVDs/CDs anymore in today’s world.

Since you are new to the world of PC gaming, get ready to know what gaming addiction feels like. You will be sitting in front of your PC for hours. So it’s best if you make your surroundings comfortable.

You should definitely invest in a comfortable chair that supports your back. Also, look for good spectacles that protect you from the harmful damages that screen time can cause.

It is now time to jump on the bandwagon and make a Reddit account. This is where you will find gaming communities to talk about different strategies and even get to know some new and helpful tips and tricks.

See also  8 Things To Do With A New Smartphone

Sticking to just one type of game might get boring in a while, and you will miss out on a whole variety of different video games. Keep that curiosity alive, and keep trying new games from time to time. Thoroughly check the reviews before purchasing any games.

What games to play?

There are a plethora of video games present, and gamers are spoilt for choice. There is an array of video game genres. These include self-explanatory games, like driving sims, flight sims, fighting games, puzzle games. But to give you a fair idea, here is a quick guide:

This is a shooting game in which one views the surroundings through the eyes of the lead gamer/protagonist. The aim will be to run through a series of linear environments shooting people/aliens/things. For instance: Halo, Call of Duty, Battlefield

This is similar to the one mentioned above, but the only difference is that the lead character is visible on the screen. Some examples include Bayonetta, Metal Gear Solid, Uncharted.

This is an adventure game, which is set in a fantasy or science fiction environment, where the character gains new abilities, weapons, and spells by fighting enemies and discovering treasure. Some current examples include Final Fantasy, Dragon Age, Dark Souls, Witcher.

See also  How to Switch Your Virtual Phone Provider Step by Step?

It is the same as above, but the difference is that it is played in an online environment where hundreds of other PC gamers are also cooperating and competing. Examples of this included World of Warcraft, Guild Wars 2, Eve Online.

A battle strategy title in which players and users control an army of different vehicles and direct them against the opponent’s forces. Some examples of this include Starcraft 2: Rome: Total War, Company of Heroes.

This is a comparatively new genre. In this, two small teams of warriors battle each other in small-scale environments. This one is a team-based game, with each warrior controlled by a different player. Examples include League of Legends, Dota 2, Smite.

With each passing year, the gaming industry grows bigger, and there are so many great video games out there to try and many gaming communities to join.

It might be a bit overwhelming for a new gamer, but once you get a hold of the gaming community and the PC, there is no looking back. Hopefully, this article gave you a vivid idea about PC gaming, and you can finally start indulging in the amazing PC gaming world.

What Technology Can Help You Sell Your Home?

One Online Platform to Manage All Cloud Drives – MultCloud

How to reset your iPhone without Apple ID

How to Secure Your Mobile Commerce App?

How to reset your iPhone without Apple ID

How to create fx account on the trading platform

How To Boost Your Data Center Technology Career By Passing Cisco 300-630 Exam?