How AR/VR can be a Disruptive Technology in Social Media?

Augmented Reality(AR) and Virtual Reality(VR) are already making their presence felt in the tech world around us. AR/VR will majorly impact diverse domains like Healthcare, entertainment, Gaming, Aviation, and even Social Media.

The use of AR/VR in social media is still in its infancy, with only large businesses and a few individuals using it. Social media is being used all across the globe, with 42% of the population having at least one social media account. Over 400 million people use social media with AR/VR in India alone.

Lines are blurring between the virtual and real-world faster than imagined, making AR/VR the future and an integral part of social media marketing. For example, Snapchat, a picture messaging app, launched the Snappables AR game, in which users can implement facial expressions and motions in photographs. They can even send these images to their friends, thus increasing engagement.

See Also  The Ultimate Beginners Guide to Data and Analytics

To be more clear, let’s have a look at some of the Use Cases of AR/VR in Social Media.

Use Cases of AR/VR in Social Media

AR/VR can be used to create branded filters that people like to play with. This creates brand awareness so that your potential customers will always remain connected to your brand.

Using the technology, the target audience can try the product virtually before making the purchase. For example, Lenskart, an India-based eyewear company, allows potential customers to try out prescription glasses or sunglasses virtually by using AR/VR.

This engages the visitors as they try them, even if they want to avoid buying them. This results in impulsive buying, which is common among youngsters.

If you are not comfortable with doing online marketing yourself, you can hire best advertising agencies who can do it for you.

Facebook has been making use of AR/VR to engage its users for quite some time. The Facebook messenger app has games like Asteroids Attack and Don’t Smile, which use the technology.

See Also  How software is driving revolution in automotive industry

In Asteroids Attack, users can navigate a spaceship with their faces. In Don’t Smile, you are part of a staring contest in which the first person to grin loses.

Instagram has made use of AR/VR in their Instagram stories feature to add fun and creativity. This has helped them in standing out from the crowd.

Another example of creativity on Instagram was when French artists used AR face filters. She posted an AR mask with a “Save the Planet” message.

Retailers show apparel ads on social media and use Augmented Reality to show consumers how it will look on them.

The technology can also be used to showcase products on social media in a 3D style to give the consumer a better idea of the product. Amazon AR shows how a particular piece of furniture will look in a room. This makes the potential customer confident about the purchase.

Just imagine you are sitting thousands of kilometers away from a live event you could not attend. How frustrated you would be!

Don’t worry, though. Virtual Reality can make you feel as if you are witnessing the event live at the venue. All you need to do is to install the Social Media Virtual Reality app and enter the virtual world to get the real feel.

AR/VR is based on the technology of integrating digital features like icons, emoticons, location tags, and filters into screen frames. This is achieved by the use of phone cameras and sensors like GPS. It provides the users with an immersive and out-of-the-box experience.

Statistics about AR/VR & their Use in Social Media

Future of AR/VR in Social Media

AR/VR will have an increasing presence on social media in the coming years. However, concerns like privacy and security need to be addressed to make them more popular.

See Also  Everything You Need To Know About Managed Cloud Hosting

The technology will also be used to showcase 3D images by eCommerce firms on Social media, which can give the potential consumer a better idea about the products. This will enable faster purchase decisions and lower returns.

However, there are some concerns regarding the use of technology on social media, especially. Social media has undoubtedly helped exceedingly in staying connected with friends, family, and colleagues. At the same time, it has drastically reduced the number of instances of face-to-face conversations and spending time together.

The other concern is about the increasing need to share our lives online. Many people have the urge to post whatever is happening throughout the day.

As the social media domain becomes highly competitive, the players are making use of AR/VR to stand out and beat the competition. The technology can also be used for storytelling marketing on social media. These are the reasons that make AR/VR a disruptive technology in social media! 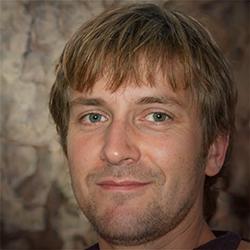 Victor Ortiz is a Content Marketer with GoodFirms. He likes to read & blog on technology-related topics and is passionate about traveling, exploring new places, and listening to music.

How Using a Data Recovery Service Can Benefit You

Everything you need to know about HPC cloud computing

What is the difference between RDP and VPS?