Why Flutter is the future of cross-platform app development?

Do you know what one thing is common between these famous apps Google Ads, Reflectly, and Alibaba? So these all are built by using Flutter. Also, according to the Flutter community, more than 1 lakh applications have already been made by using Flutter.

Contents hide
What is Flutter?
Key Advantages of Flutter
Reasons Why Flutter Is the Future of Cross-platform app development
Conclusion

Now, how Flutter has become so popular and risen to fame? Here in this blog, we will look at the reasons which have made Flutter unique and the future of cross-platform app development.

But before we move forward let’s first have a quick introduction to Fluter. So, let’s get started with this blog!

Flutter is an open-source framework that was launched by Google in 2017. Basically, it is a software development kit (SDK) that is used to build mobile applications for different platforms such as Android and iOS by using the same codebase. In a nutshell, it is a powerful and reliable framework that offers a wide range of features to build beautiful apps.

Additionally, its toolkit is written in C, C++, and Dart which helps you to create beautiful natively compiled applications.

Reasons Why Flutter Is the Future of Cross-platform app development

Since Flutter was launched by Google, it’s been supported by their material design platform and the company’s designers. Because of this, the Flutter app development becomes a lot easier for the developers.

Also, this framework comes with extensive and detailed documentation which is very helpful, especially for beginners. This documentation allows them to encounter all the challenges which they might face during the development process.

Flutter uses the same codebase to develop cross-platform applications for different platforms such as Android and iOS. Ultimately this reduces the time and effort required for the development process.

Additionally, it uses the “Dart” programming language which makes the development process more seamless and easy. Its syntax is C-like which you can compile into the JavaScript code using a JIT compiler.

If you will use Flutter for mobile app development then you will get access to Flutter’s huge collection of widgets. The major advantage of these widgets is that they can be customized according to the specific needs of an application. Also, it comes with its own rendering engine which can be used to draw widgets.

It is a fact that mobile app development is very costly and obviously this is something that can’t be overlooked. Also, the cost of the product isn’t all. You also have to consider additional expenses such as server costs, marketing, and more.

Especially, if you are a startup you don’t have such large financial backing. That’s why thanks to Flutter’s single codebase which lowers the cost of development to a great extent. Because there is no need to hire Flutter developers to develop apps for different operating systems.

MVP or Minimum Viable Product is the early version of the product with only essential features.

Additionally, not only MVPs, complex apps and games can be easily developed by using Flutter for mobile app development.

Flutter has the support of firebase which is a Backend-as-a-service (BaaS) app development platform that provides hosted Backend services such as cloud storage, real-time database, authentication, machine learning, and hosting static files. So the developers can leverage the advantages of all these tools for the app development process.

See Also  What is Codeigniter?

Furthermore, the Flutter community has created docs and videos that you can go through if you want any help regarding Firebase authentication with Flutter.

One of the main reasons why mobile app developers prefer Flutter app development is its high performance.

Flutter has a number of open-source packages which allows a fast development process. Since all of these are open source, developers across the globe constantly doing new enhancements to the library, making the framework more extensive.

Lastly, some of these packages are Youtube_player, Flutter Ecommerce, and Frideos_Flutter.

Flutter has a large community support that aims to help and provide resources for everything related to Flutter. Developers all over the world are continuously making new enhancements to make Flutter even better.

Additionally, during the process of the development process, if the developers face any kind of difficulties they can go through community support to resolve them.

Suppose you have an existing mobile app and now you want to run it on Flutter. You all must be thinking that it will take a lot of time. But no, not in the case of Flutter. This process becomes so much easy and you can easily migrate your app to this framework without writing any new code.

In this competitive business landscape, the quicker you get your product to the market, the more chances you have of succeeding. A quicker time to market will help you to reach your target customers before your competitors. Ultimately, you can upgrade the product as per the feedback and requirements of the audience.

See Also  How to Secure and Manage Code Signing Certificate

As Flutter app development is less time-consuming, so you can get your app to market faster. As a result, you get more sales and increase profits for your company.

As already mentioned above, Flutter has a hot-reload feature that enables the developers to quickly see the results of the code changes without having to restart the app. Although, this feature comes with a lot more benefits such as it catches errors sooner, if you make a change in the code that causes an error, then you will be able to see that immediately in the simulator.

Another advantage is that it allows mobile app developers to experiment with different UI designs without having to start from scratch every time. For instance, if you are trying a new design for a button, simply you can make the changes and see the results immediately.

Well! These are some of the reasons which make the future of Flutter promising. As a whole, the title of the blog is totally justified. Now, if you are too looking to build your own mobile app by using Flutter, then you can reach out to a Flutter development company. After this, schedule a meeting with their team and build the app of your dreams. 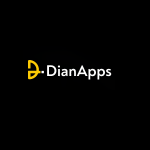 Amara works with the editorial team of DianApps, a leading company offering website development company. Exploring the latest technologies, reading about them, and writing her views have always been her passion. She seeks new opportunities to express her opinions, explore technological advancements, and document the details. You can always find her enjoying books or articles about varied topics or jotting down her ideas in a notebook.