Why do Startups Prefer React Native for Mobile App Development?

So, you’ve decided to start your business and are now evaluating different technologies to select which is ideal for your app.

While trying to establish your startup as a business leader, you are already preoccupied with planning how to provide users with the product immediately and efficiently without sacrificing quality.

For that, you will need a mobile app that provides a smooth experience on the Android and iOS platforms if you want to reach a broader target audience. And one of these cross-platform solutions is React Native.

React Native is the most popular framework for mobile app development due to its excellent features and credibility.

This blog will discuss why startups should use React Native app development to build their dream app.

Because of its code reusability functionality, React Native apps are substantially less expensive than other native apps. For creating apps for iOS and Android, developers can use the same codebase. It saves developers time and effort by not writing the same code several times for the same components on various platforms.

Any startup that wants to succeed must establish an online presence more quickly.

You may write only one code and have your app function on both iOS and Android by using the React Native framework. It speeds up and streamlines the work significantly.

Developing native apps for cross-platform like Android and iOS is made simple with React Native. The app is more stable thanks to React Native, which supports transposable architecture.

With React Native, developers can create only one app and distribute it across platforms, sharing up to 90% of the code in the process.

React Native is an ideal option for apps requiring high responsiveness and easy use because it focuses on developing a fantastic user experience for mobile devices.

React Native is supported by Facebook and has a sizable community of passionate developers.

Since React Native is open source, developers can always find answers to their queries on GitHub or Reddit.

For startups or business owners who require their apps to be produced quickly, React Native is a preferred option. React Native’s code reuse capability makes it possible to develop software more quickly. Between iOS and Android, the codebase is shared by more than 90%.

To obtain an efficient MVP project at a reasonable cost, get in touch with a React Native development firm. You can integrate basic features and capabilities by developing a minimum viable product for your app.

Making an MVP is also the best course of action to gauge market interest and determine whether the final application will be successful or not.

It is mainly created with the user’s interests and business perspective. No other framework compares to React Native as the ideal one for developing MVP.

Reusability in the app code is one advantage of React Native. Sharing a component from one part of the app with another is simple. React Native app development cost also gets reduced by using reusable components. It’s just one more factor that accelerates React Native development.

Amazing plugins are available for React Native app development, which can improve the functionality of your mobile application. These plugins can be linked to the native module by developers to create faster, more fluid, and feature-rich apps.

React Native is a very dependable framework in terms of security, thanks to JavaScript. Because it offers stability to the app and supports the transposable design, React Native is ideal for cross-platform app development.

Is React Native an Ideal Choice For Startups?

Well, many companies are using React Native, and they have seen tremendous growth over the years.

Discord, Pinterest, Netflix, Salesforce, and many other leading companies use the React Native framework.

As the UI developer at Netflix states in the blog post:

It demonstrates how React Native is a superior framework for growing businesses.

React Native is a time and money saver, and developers adore working with it.

Every startup should prioritize three things: quick iterations, rapid scaling, and meeting deadlines. All three must adapt to the shifting market dynamics and gain a competitive advantage.

React Native developers easily make changes to their projects when they need to.

So those are a few of the factors that make React Native popular for creating mobile apps and why firms favor working with React app development companies. But, selecting the right technology is one factor contributing to the application’s success, so be sure to consider everything before making any decisions for your startup.

Contact the best react app development company, and we’ll be pleased to provide you with a free consultation if you need clarification on which framework is best for your app development project. 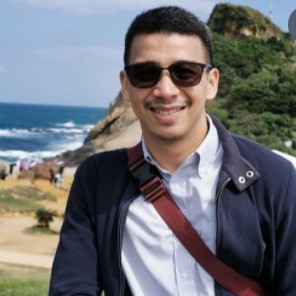 Mosche Amara is an app developer in a leading IT company with more than 5 years of experience. He is an expert in React Native app development technologies. In his free time, He loves to share his wisdom with others through blogs.